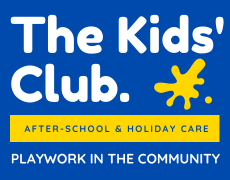 The need to play first begins in a kind of internal contemplation, described as the play drive. From this place the child makes an action; this can be obvious or subtle and could be described as negative, e.g. throwing something.

The play cue may be a facial expression, body language, vocal or physical action that communicates the child or young person’s wish to invite others to play. It is an invitation from the child to others or to the environment to play.

Else and Sturrock say ‘The play cue comes from the thoughts of the child, their internal world, into the physical world in the expectation of getting a response’.

Cues can be as subtle as a look or a gesture or as blatant as “come and play horses with me” they can also be everything in between. Play cues can be positive or negative and most of the time it’s how we, as playworkers and how other children respond to the cue that can have an impact on what happens next! i.e. the child who is running out of the setting but looks over their shoulder at you just before they get to the door, how you respond might determine if they go through it or not!

The answer to a play cue is a play return. The play return can come from another person or, if the child has been driven to play by something interesting around then, from the environment.

This play is now held by the creation of a play frame. This is what holds the play together and it can be any number of things it could be the rules of the game, it could be music, it could be a narrative or it could be something material. Frames can last a few seconds or they could last days or even months.

The child may change the frame as and when they want or need to this can include – including others, moving objects or adapting to the environment in some way to create a varied response that maintains the flow– you cannot always see the frame.

The frame will last for as long as it has relevance or meaning for the child or children. There could be many frames happening at one time.

The play flow is when the child/children become lost or immersed in their play. The play flow can absorb the child for minutes to days at a time.

When the play meaning of the frame is finished, when the play flow is terminated the play is annihilated. The child makes the choice of when and how to end the play.

The play drive within the child is what starts the play cycle. This is why it is important that the child has choice. Children denied choice cannot participate in a whole play cycle; this is referred to as display.

Adulteration is when the play is brought to an end by someone or something external. But there are times where we do have to adulterate for example for safety reasons, potential conflict, going home!

Containment is about holding the frame or flow, this is where Playworkers can help by giving the children the space, support and providing resources if and when needed.